As one of the oldest medical professions, the evidence of dental treatment dates back to 7000 B.C. in the Indus valley Civilization. A  9,000-year-old teeth from a graveyard in Pakistan bore the mark of having been drilled to remove decay. However, it was not until 5000 B.C. that the documented knowledge base related to the dentistry and tooth decay were available. In Egypt, dental procedures such as fillings, drilling, replacement of teeth bound with gold wires existed since around 3000 B.C. Roughly about the same time, an ancient Sumerian text described a “tooth worm” as the cause of dental caries. Such a belief is thought to have persisted in India, Egypt, Japan, and China and was not proven false until the mid-1700s. 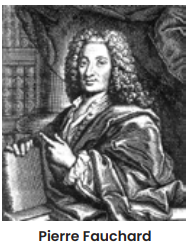 Pierre Fauchard (1678-1761), a French physician, is credited with inventing modern dentistry techniques. Although there existed an age-old literature on dental health and care during Fauchard’s time, dentists did not yet emerge as professional practitioners (it was the barbers who used to removed teeth!).The findings and techniques described in Pierre Fauchard’s book, Le Chirurgien Dentistle, (The Surgical Dentist), paved the way for modern dentistry. He also contributed to remarkable improvisations of dental instruments often adapting tools from watchmakers, jewelers, and barbers.

In 1840, the world’s first dental School, the Baltimore College of Dental Surgery was established offering the Doctor of Dental Surgery (DDS) degree. Twenty years later, the American Dental Association (ADA) was formed while the first university-affiliated dental institution, the Harvard University Dental School, was set up in 1867. The United Kingdom through a major reform in 1921 limited the practice of dentistry by only those who were professionally qualified. The discussion on the history of dental practices in this sub-continent seldom takes place. Dr. Rafiuddin Ahmed—an Indian dentist, educator, and later a minister in the West Bengal cabinet—founded the first dental college in this region of South Asia in 1920. 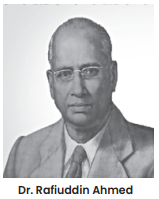 Having received his dental degree (DDS) in 1919 from the University of Iowa College of Dentistry and Dental Clinics, USA, he returned home to set up the institution, Dr. R Ahmed Dental College and Hospital in Sealdah, Kolkata. Later, the De’Montmorency College of Dentistry was established in Lahore, Pakistan, in 1934. After the partition of Indian subcontinent, the first dental college of now Bangladesh, Dhaka Dental College, was established in 1961.

The history of dentistry in Bangladesh, however, stretches far back when in the absence of formal dental education and training the required treatment was carried out by self-taught individuals, often referred to as charlatans or quacks. These individuals would travel from door to door, offering various medical services to treat ailments using techniques ranging from herbal medicines to sheer fraudulent remedies. Many of these individuals would also carry out tooth extractions, which were then the only available means to resolve toothache. Oral healthcare and hygiene were virtually non-existent.

The initiation of the modern era in Bangladesh’s dental practices was pioneered by Dr. Md. Fakhruzzaman, popularly known as Dr. F. Zaman, and Dr. Abu Haider Sajedur Rahman, widely known as Dr. Mastana. After the partition of India, both enrolled themselves into the first batch of then Dacca Medical College MBBS course. Dr.  Zaman and Dr. Mastana were meritorious, outgoing, and versatile individuals having instinctive aptitudes for art, drama, and music along with their academic accomplishments. While in the 2nd year of his MBBS course, Dr. F. Zaman recognized the massive void in the field of dentistry in East Pakistan. 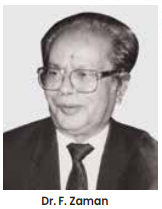 He could realize the lack of knowledge and awareness about oral health care and foresaw people’s dire need in the area. He decided to discontinue his MBBS course and take the challenge of admitting himself in the De’Montmorency College of Dentistry (in Lahore, Pakistan). He completed his Bachelor of Dental Surgery (BDS) degree and returned to
Dhaka as the first qualified dentist of East Pakistan. He started practicing as a private practitioner in 1955 as there would be no opening for dental surgeons in government hospitals of East Pakistan at that time. He established a fully equipped private dental clinic at a Dhaka location that would later be named as Bangabandhu Avenue. In the next 4-decades of his professional life, through his hard work, dedication, passion about spreading dental services to ordinary people through charities and free-treatment in his village, and care for young professionals he would establish himself as a father figure in the profession. In the meantime, Dr. Mastana completed his MBBS course but felt the lack of professional dentists in East Pakistan and thus followed his peer Dr. F. Zaman by enrolling himself at De’Montmorency College. Dr. Mastana became the first person to obtain an MBBS and a DDS degree. He was also a popular thriller writer of his time. Both Dr. Mastana and Dr. Fakhruzzaman were later admitted as Fellow, International College of Dentist, USA, for their dedicated work and contribution.

Through his charismatic character and relentless efforts, Dr. F. Zaman contributed enormously to mass awareness building and generating interest in the dentistry profession. His rural dental camps were often the only source of receiving professional dental treatment and advice for many ordinary people. His competence, professionalism, and duty of care for patients were highly regarded. He had the opportunity to treat Bangabandhu Sheikh Mujibur Rahman and became deeply motivated by Bangabandhu’s vision of working selflessly for freeing our people from exploitation and hardship. Dr F. Zaman also had Sher-e-Bangla A.K.M. Fazlul Haque, Maulana Bhashani, Pollikobi Jasimuddin, Shaheed Jononi Jahanara Imam and many more as his patients. In establishing Dhaka Dental College, Dr. F. Zaman played an influential role. 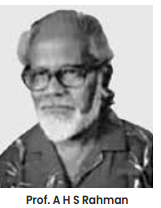 The journey of Dhaka Dental College began in 1961 with just six students in a small classroom beside the dissection room of Dhaka medical College. There were no qualified teachers for three months until when Dr. Mastana headed back from Lahore with his BDS degree and joined as a faculty member. He used to teach almost all the dental subjects up to the 3rd year. All other medical subjects were taught by the faculty members of the Dhaka Medical College. The first batch of BDS students graduated in 1965. Before our liberation, very few students used to apply for dentistry, but it is Dr. F. Zaman and Dr. Mastana who showed the prospect of dentistry as a professional by their achievements. This was one encouraging factor for many to look for the dentistry as a respectable carrier option Out of the six students of the first batch at Dhaka Dental College, five, namely Dr. Ashraf Hossain, Dr. Syed Mozammel Hossain, Dr. Md Emadul Hoq, Dr. Al Mamun Ferdousi, and Dr. A.B.M. Nazirul Quaium graduated successfully and contributed heavily to the development of the discipline in Bangladesh.

In 1998, a new and independent campus of Dhaka Dental College in Mirpur was inaugurated by the Honorable Prime Minister Sheikh Hasina. All its departments were shifted from Medical College premises by 2000. With 200 beds, it is now the largest government dental college and hospital in Bangladesh.

Dental colleges and institutes by the private sector came into operation from 1995. Given the size of the population, it is almost impossible for the government alone to produce adequate number of dentists. Bangladesh has 6 dentists per 100,000 (One lac) people in comparison with about 21 in India, 11 in Sri Lanka, 27 in Thailand, and 12 in Nepal.

Therefore, it only became imperative for the policymakers to consider alternative approaches to fill ever-growing need. Pioneer Dental College, City Dental College, and University Dental College—all being affiliated to Dhaka University—were the first private sectors initiatives in this sector. Despite faced with many challenges, twelve non-government dental colleges are actively running today in 2021. The potential for the growth and development of Bangladesh’s dental sector is huge and the professionals involved can contribute to enormous well-being of the mass population.